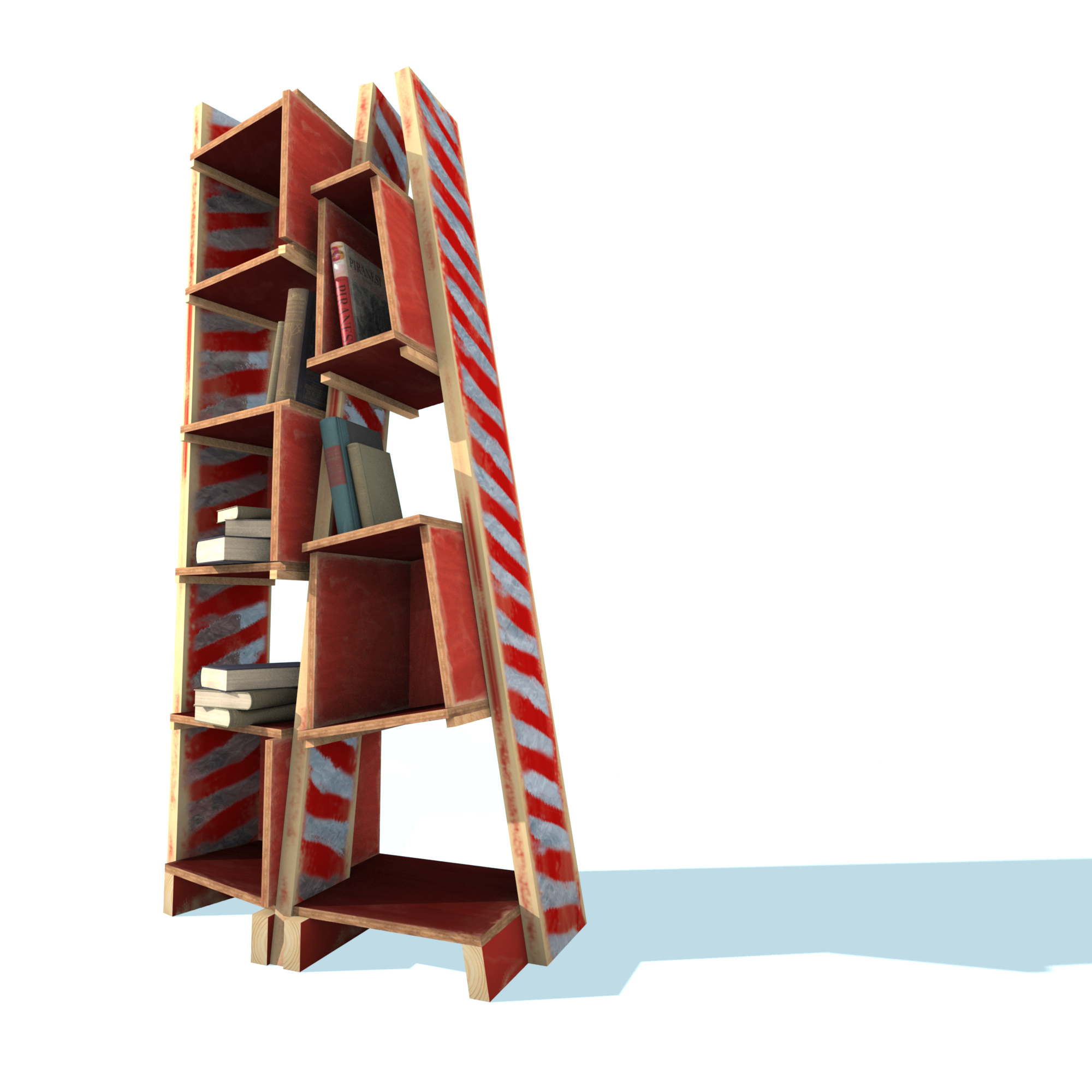 It’s not an oddly painted bookshelf made of scrap lumber. It’s not. 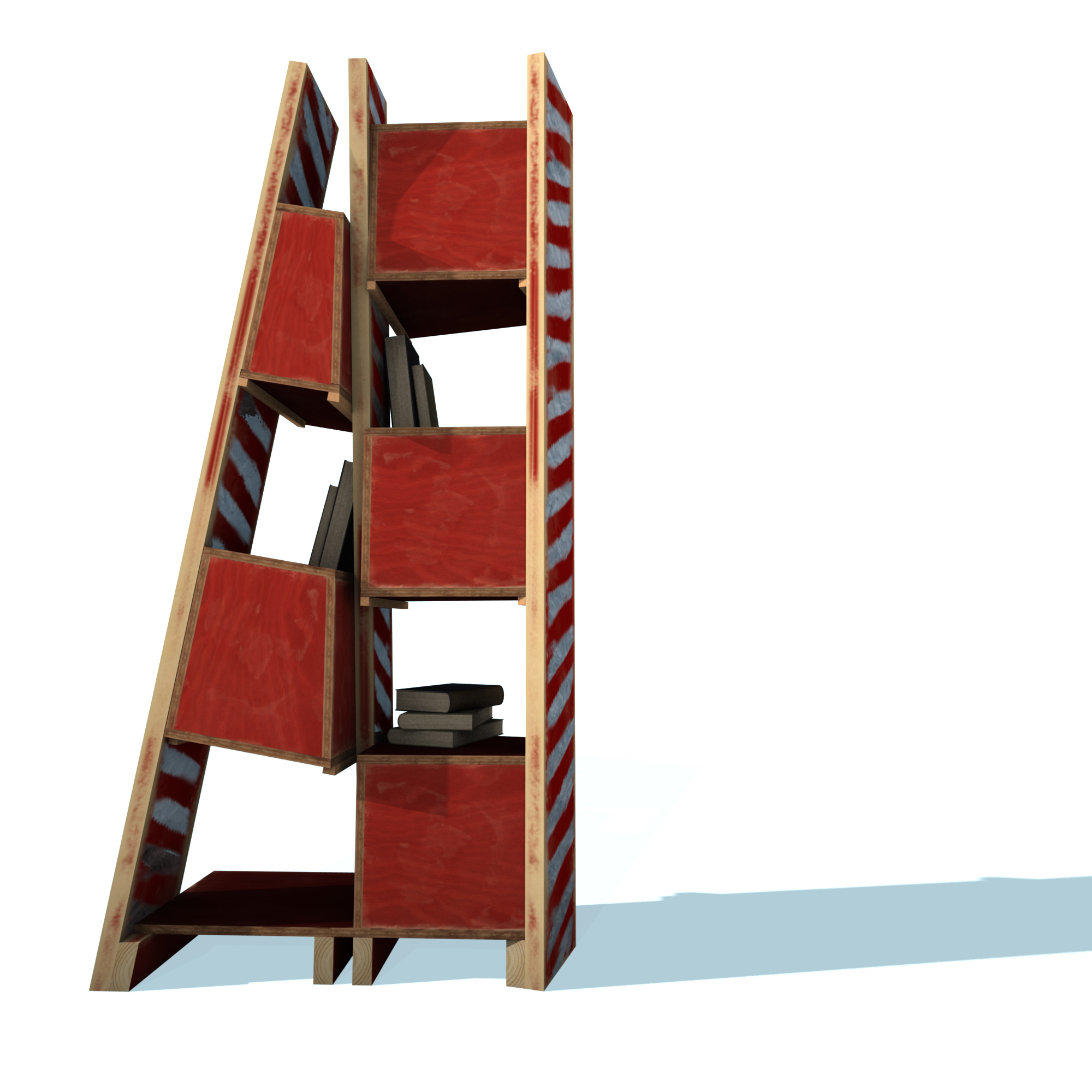 It’s a computer rendering of a digital three-dimensional model of…an oddly-painted bookshelf made of scrap lumber.  The existence of such a thing bears explanation.

Like most architectural designers I accumulate architecture books incessantly, and no amount of culling seems to ever permanently reduce the number of volumes in my library.  So I need more – and more – bookshelves.

Furthermore, like many people who are not actually builders but who haunt building sites, I have a basement full of odd bits of building material that I couldn’t bear to see thrown into a dumpster. “You’re going to throw away that joist? But it’s at least [pulling out the tape measure] six-and-a-half feet long! If you don’t want it, can I have it?” If I were really in the building trades and built architecture, as opposed to drawing glorified pictures that supposedly should instruct others how I think it should be built, I wouldn’t do anything so foolish as to drag this stuff back to the studio and store it in the disused coal cellar beyond the furnace room. Builders understand that the cost of moving, storing, and keeping track of an odd bit of joist until the time arrives where it would be useful is astronomically greater than just getting rid of it and then buying a new full-length piece to cut down when needed.

But I am not a sensible tradesman. And the disused coal cellar is stuffed with fragments of plywood, stone samples, half-empty cans of paint, opened bags of cement mix sealed in plastic garbage bags, odd lengths of lumber, and a few badly-dinged doors. At least once I have had to pay a disposal company to clear some of the salvage out, so that I would have room to add a bit more.

I prepared these two renderings as part of an attempt to solve both problems and convert certain pieces of scrapwood that I had stored in my coal cellar into a bookshelf, while experimenting with an updated piece of modeling software. The renderings, posted on social media, were picked by a bookshelf blog and then some furniture design websites , which left me in an unexpected Magritte-like role.