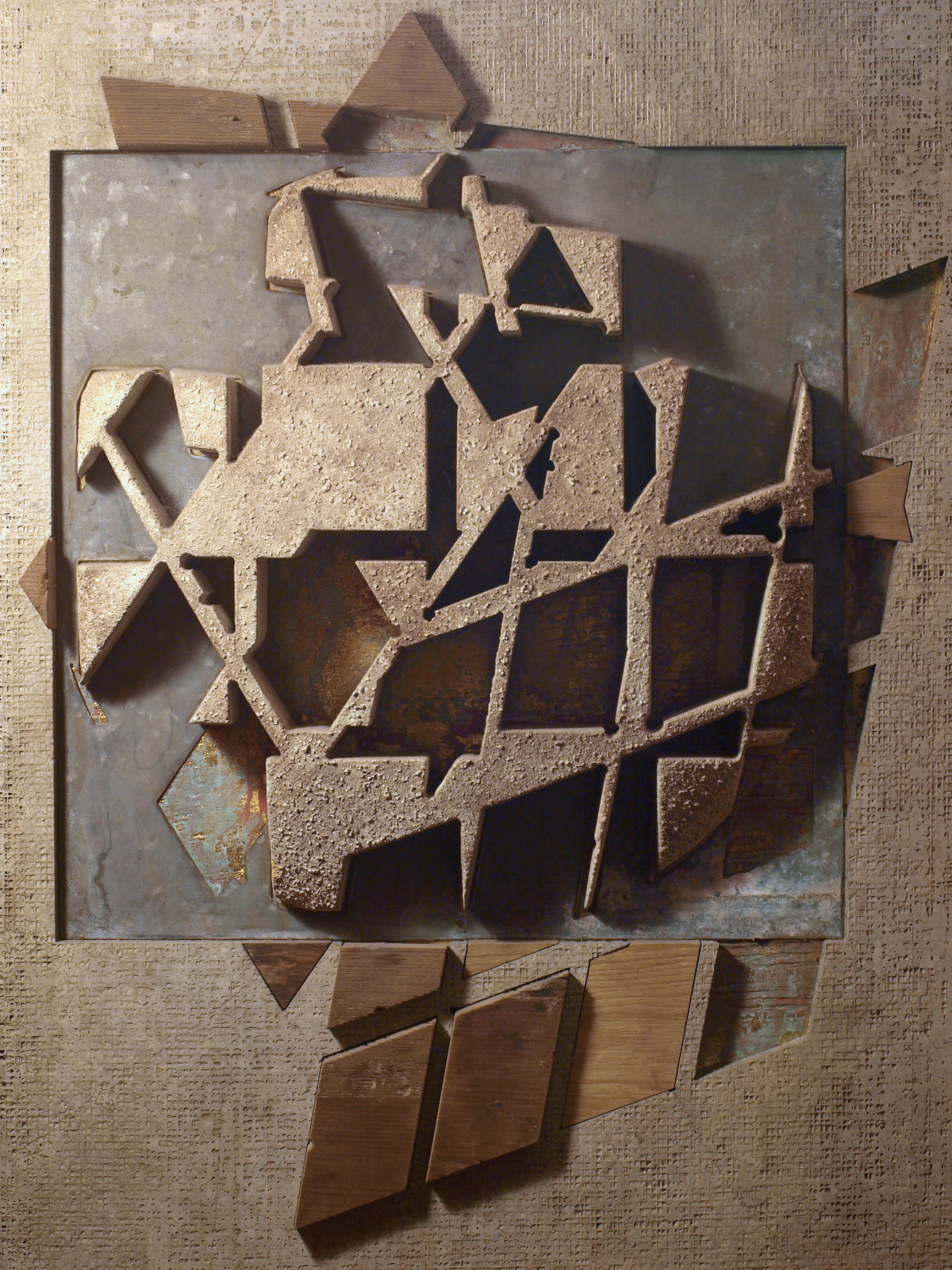 In 2005, I took a class in digital fabrication, and at a certain point I was tasked with a project to incorporate the concept of “inlay.” The presumption was that the various elements to be inlaid would be described using a CAD program and then cut from flat stock (such as chipboard or balsa wood) using a small lasercutter with a limited cutting depth of a quarter inch or so. 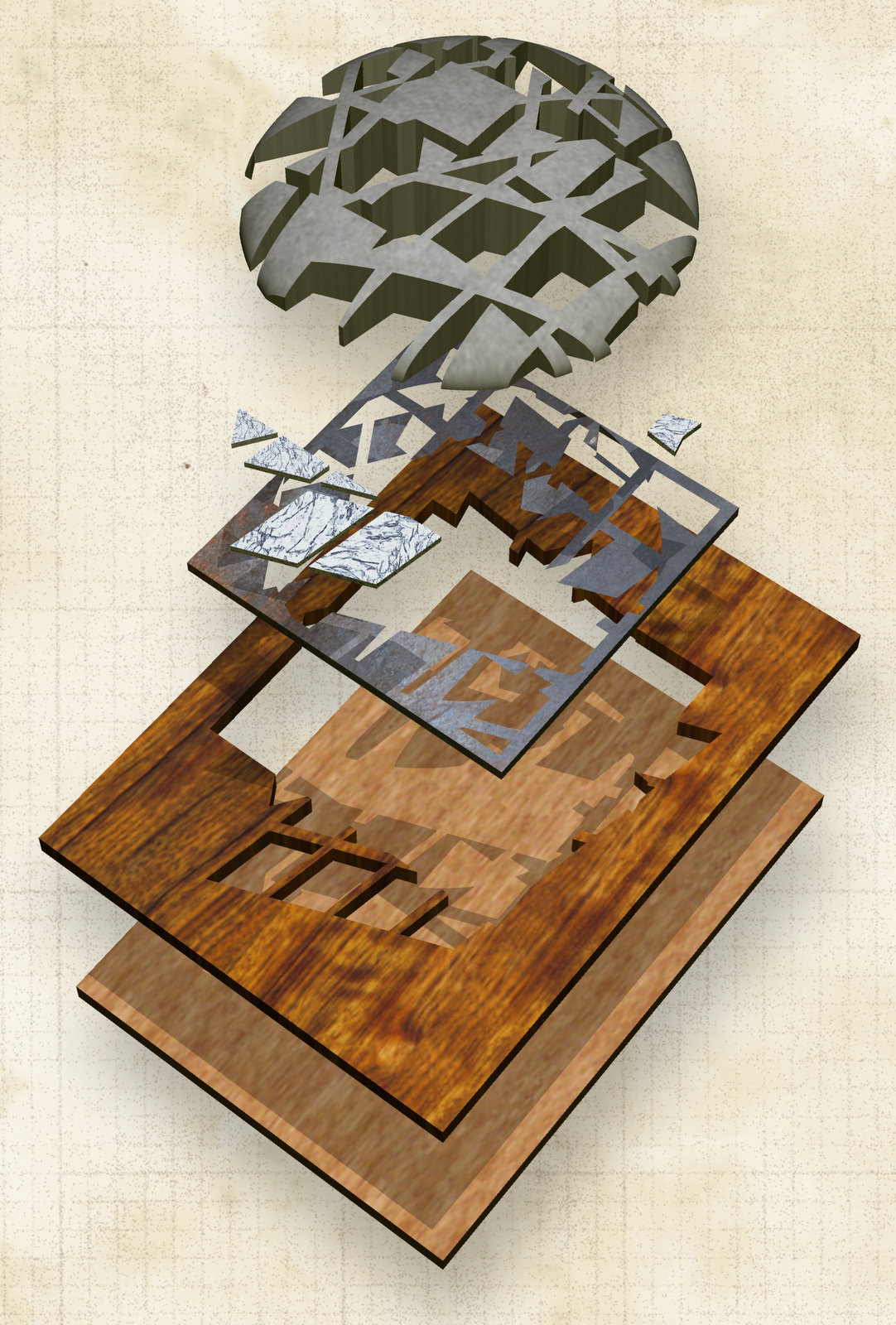 I took a different approach. I gathered some construction debris (concrete board, old fir planks, galvanized steel sheet, and plaster-of-paris cast in a shallow dome shape) to cut in the school’s industrial waterjet, which could slice almost any object up to two inches in thickness with supersonic streams of water and carborundum. The diffusion of the cutting stream at its maximum depth produced an interesting eroded texture on the thickest element, the  plaster dome. 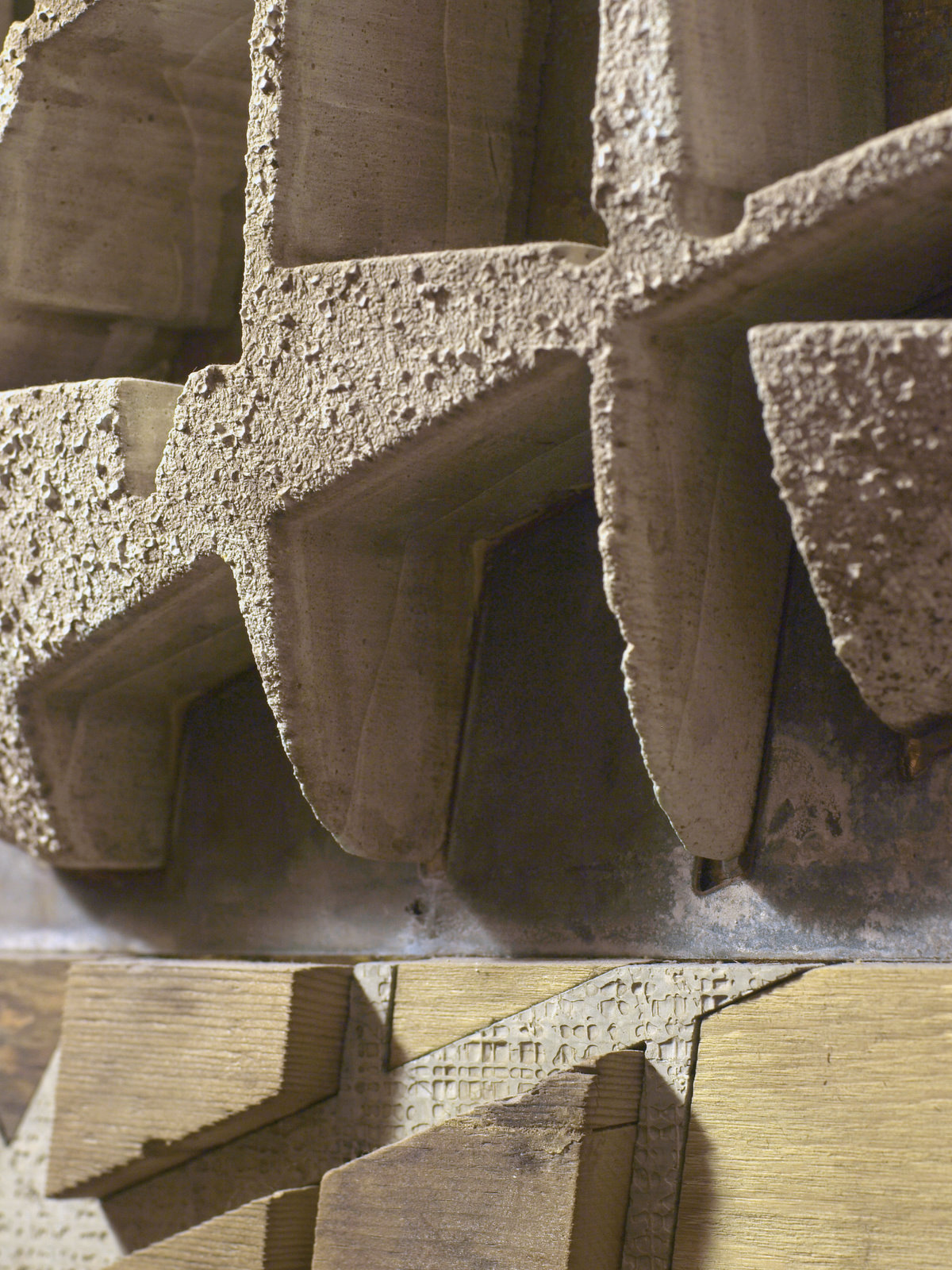 The cutting paths were developed with a simple procedure involving the rotation and skewing of grids, the sort of mathematical operation that inevitably (especially in architecture) produces an intriguing composition that is absolutely vacant of objective meaning. 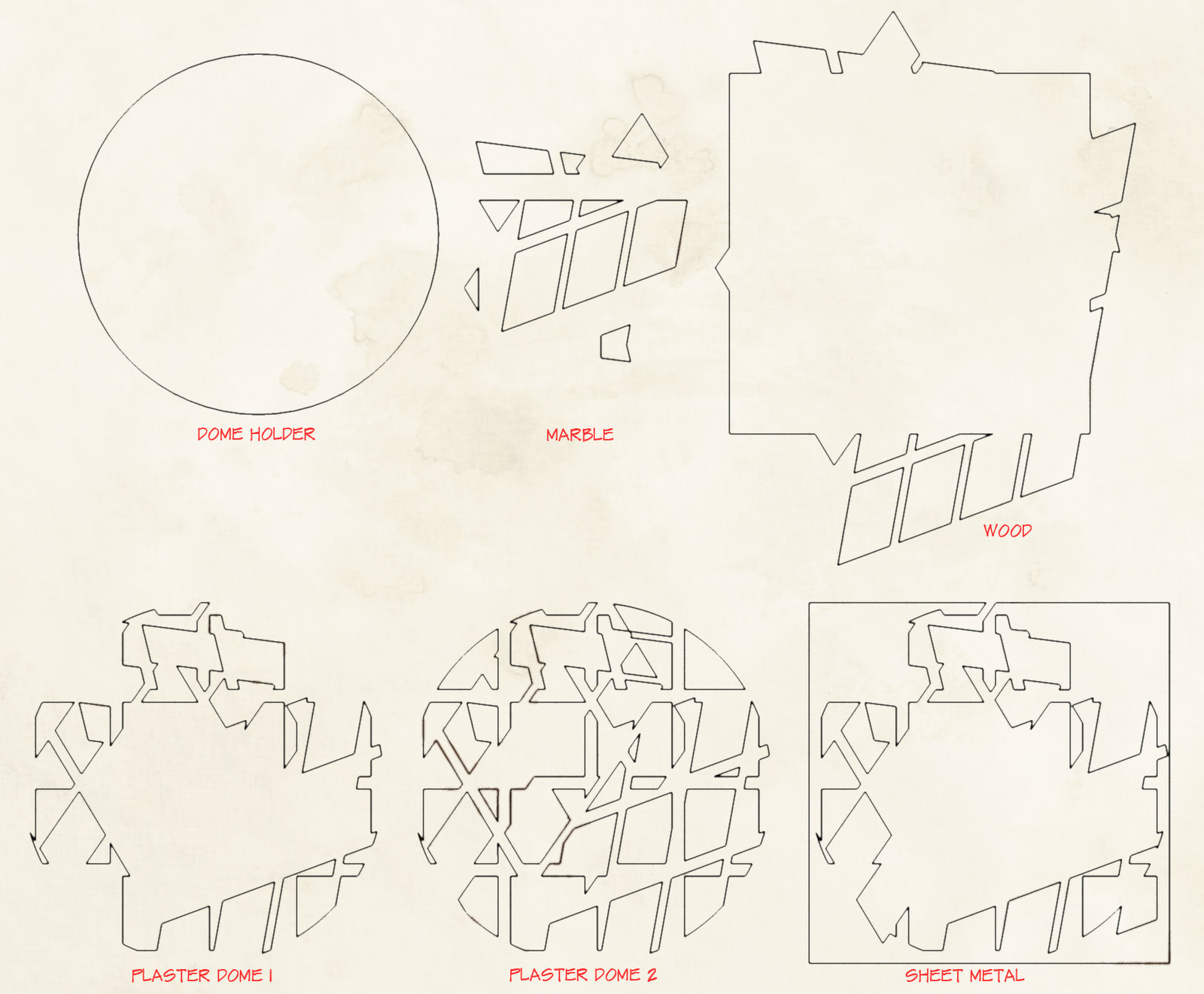 The whole was mounted using industrial adhesive on a piece of heavy plywood.  It measures about 19″ by 27″.

At the final presentation of the project, the jury suggested I had produced (contrary to expectations) a work of art. I was asked, does it have a title? 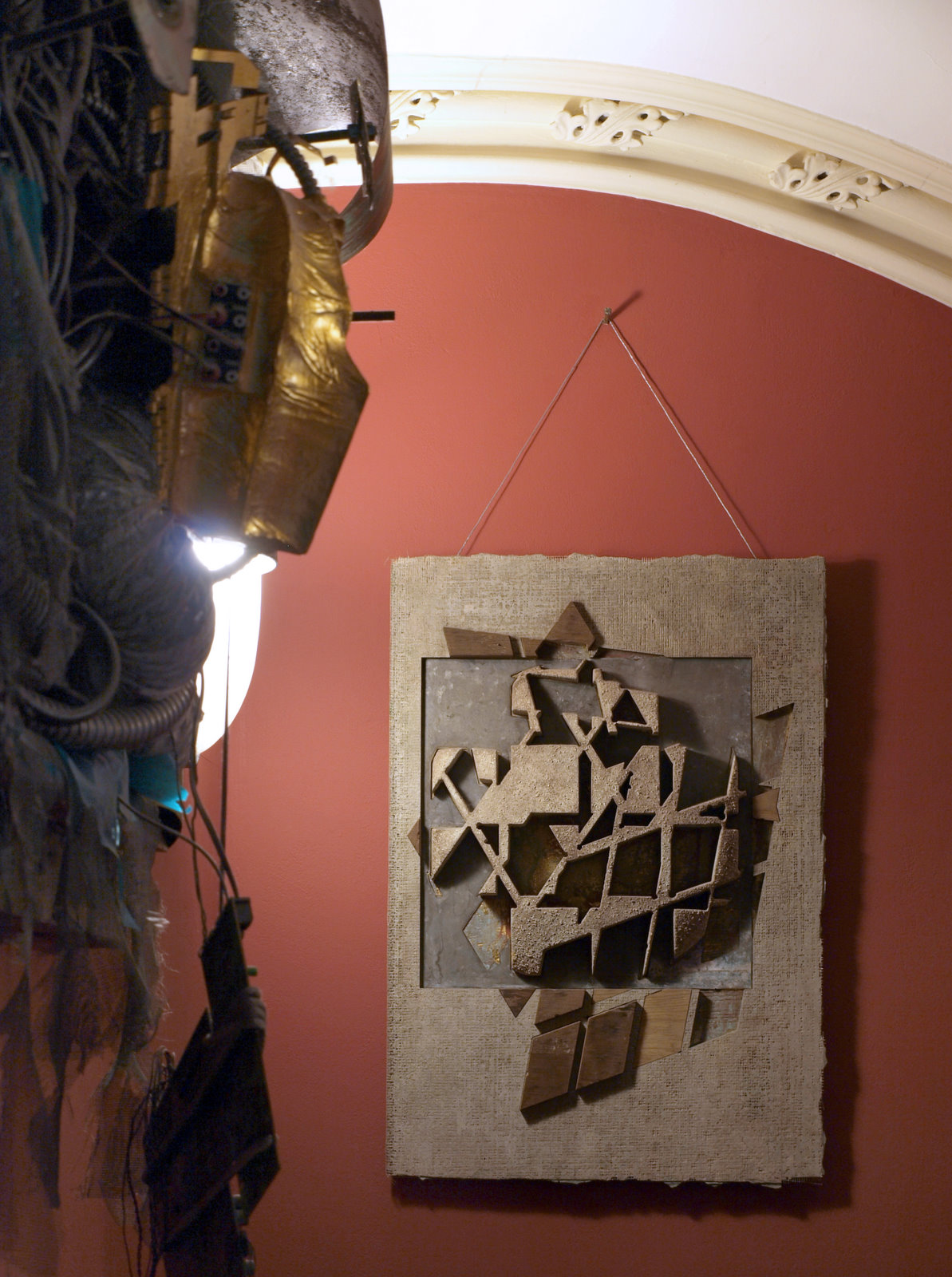 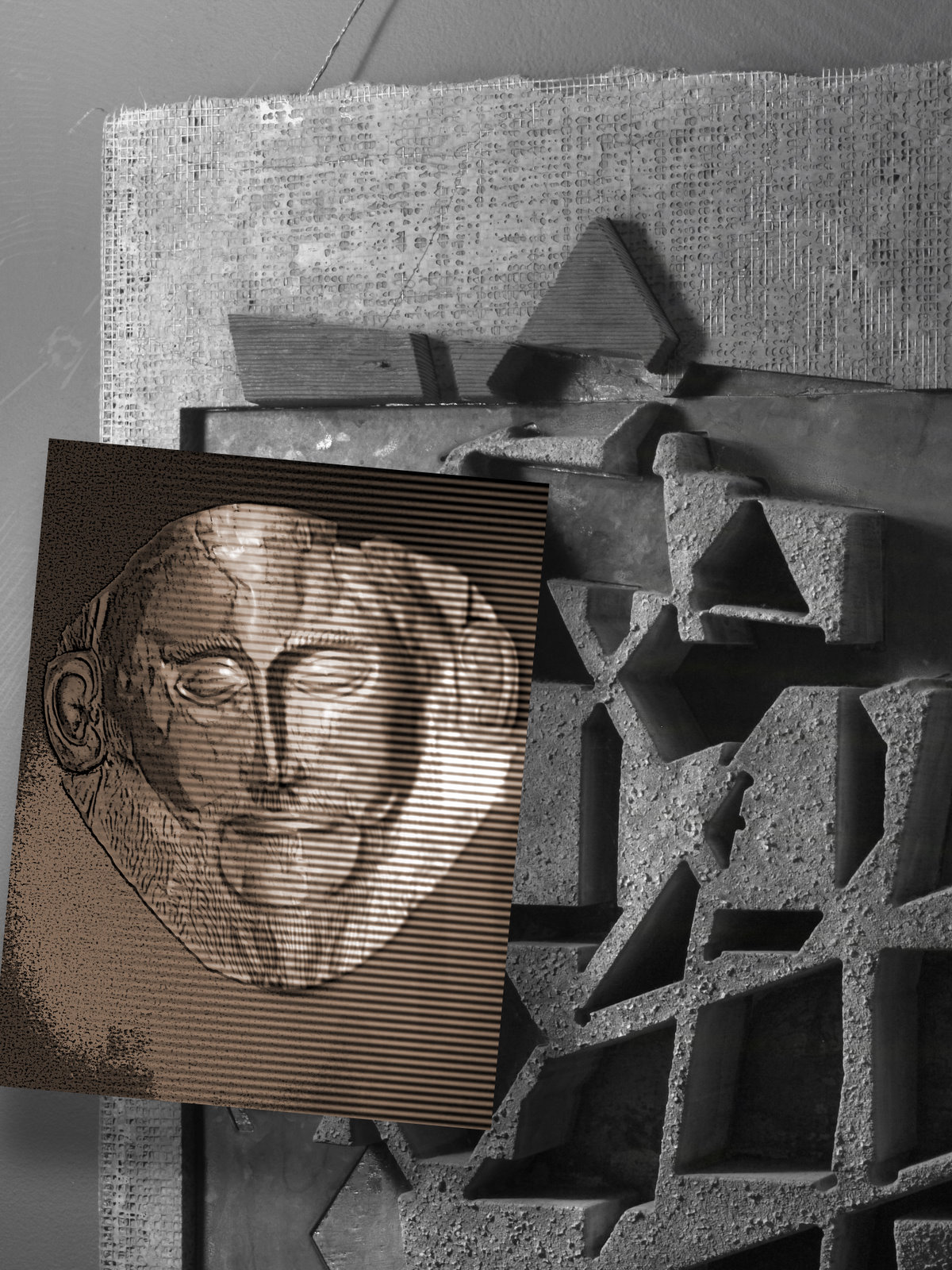