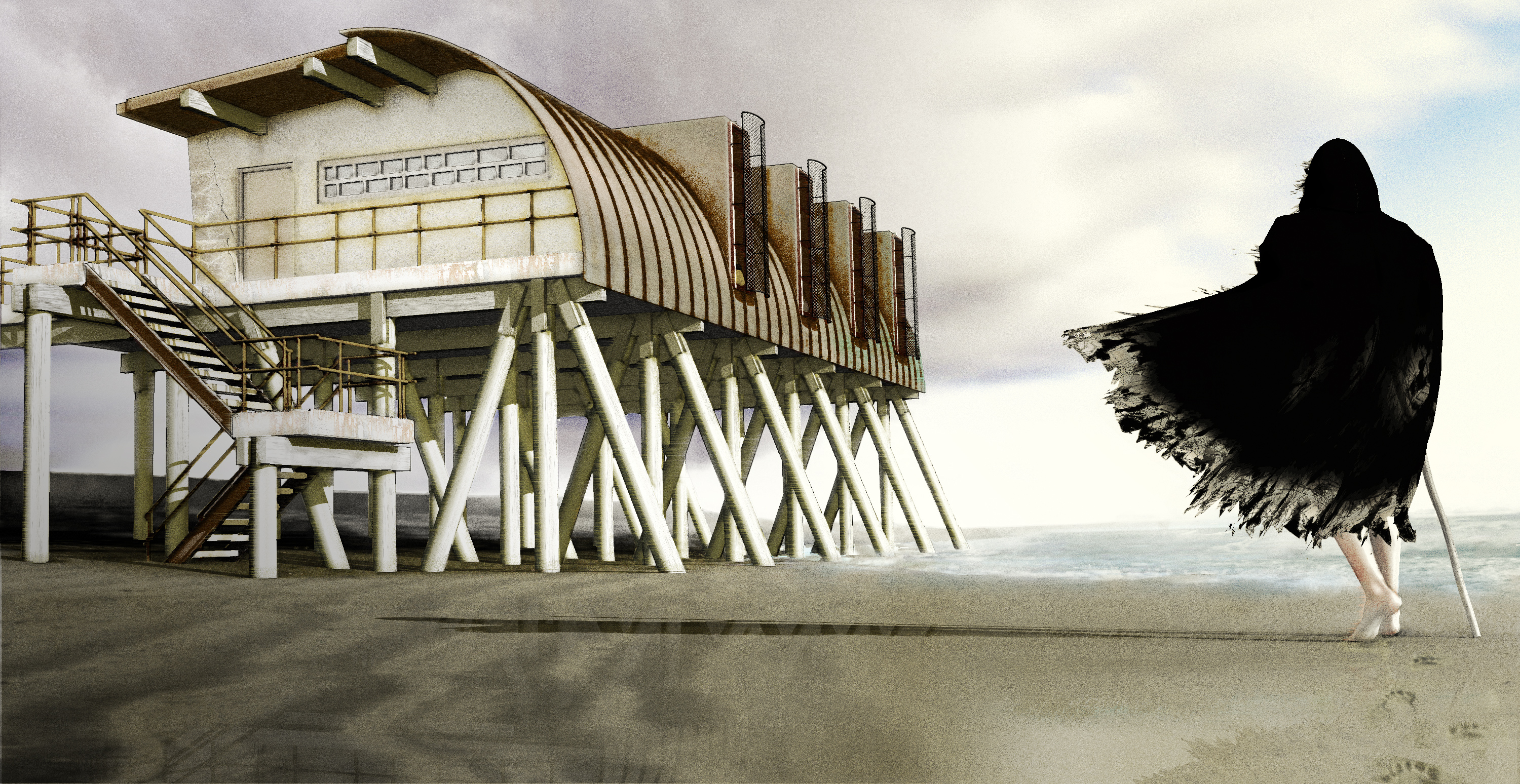 For several years I taught a course called “Rhino 1: 3D Design” at the Boston Architectural College, and I often used one of my own student projects (from 2001 and my first design studio at Yale School of Architecture ) as an example when illustrating various rendering techniques that might prove interesting or useful to grad students in architecture.

In 2012 it occurred to me that I should test these techniques against the newest version of McNeel Rhino, since students had asked me about the differences between Rhino 4 and the forth-coming Rhino 5. I used the 3D modeling application to generate a perspective framework and suggest lighting/shadow situations to be “over-painted” using an image editor (in this case, Adobe Photoshop).

The original architecture school project was for a boathouse outside the flood defenses of Providence, Rhode Island. Its form was inspired by the iconic Fox Point hurricane barrier gates on the Providence River. 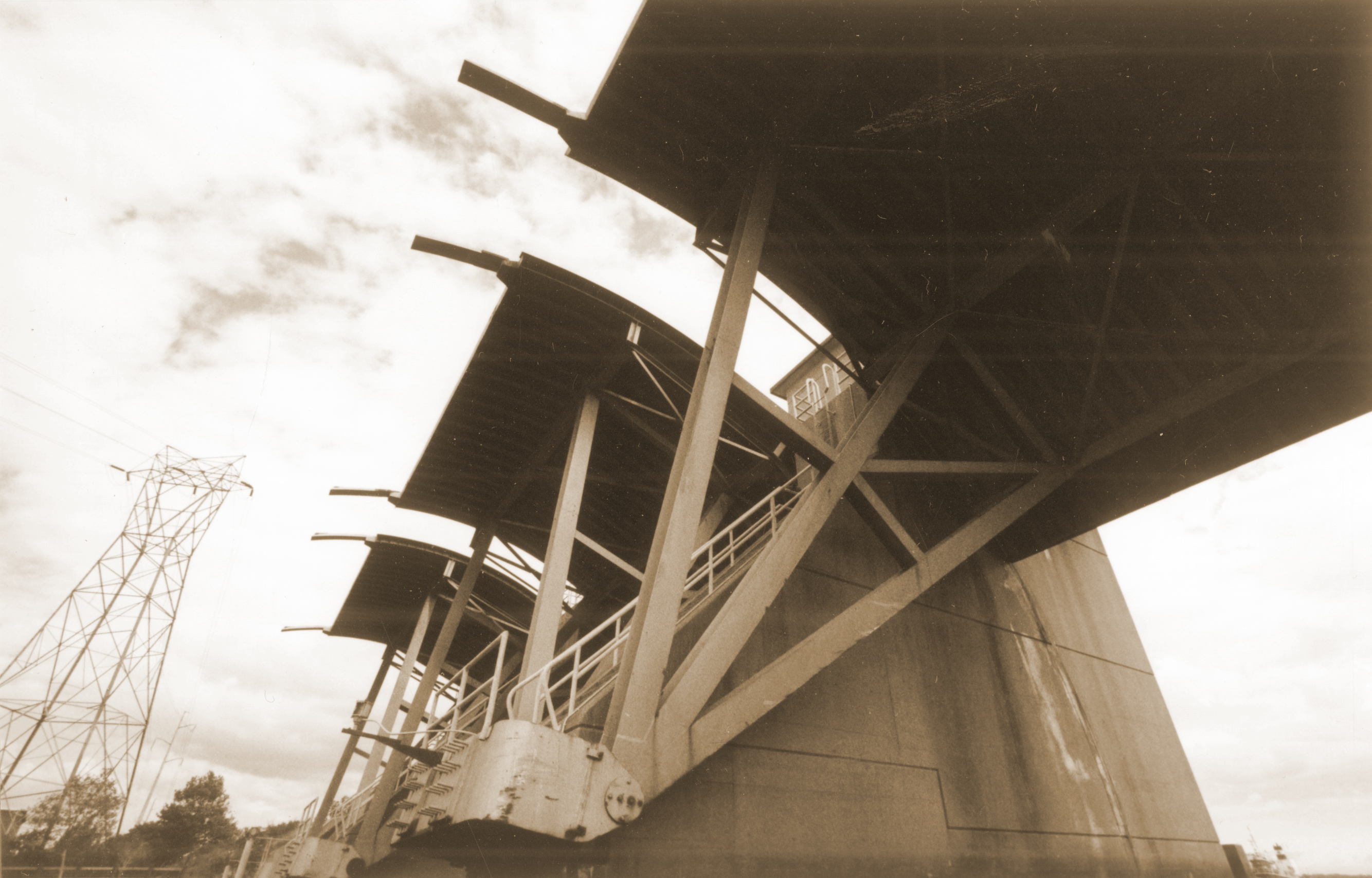 The first version of my design, in 2001, was a pencil sketch which I made in a deliberately childish idiom, to “live down” to the expectations of a studio critic who had little faith in or time for a student (such as myself) without a formal architecture undergraduate background. 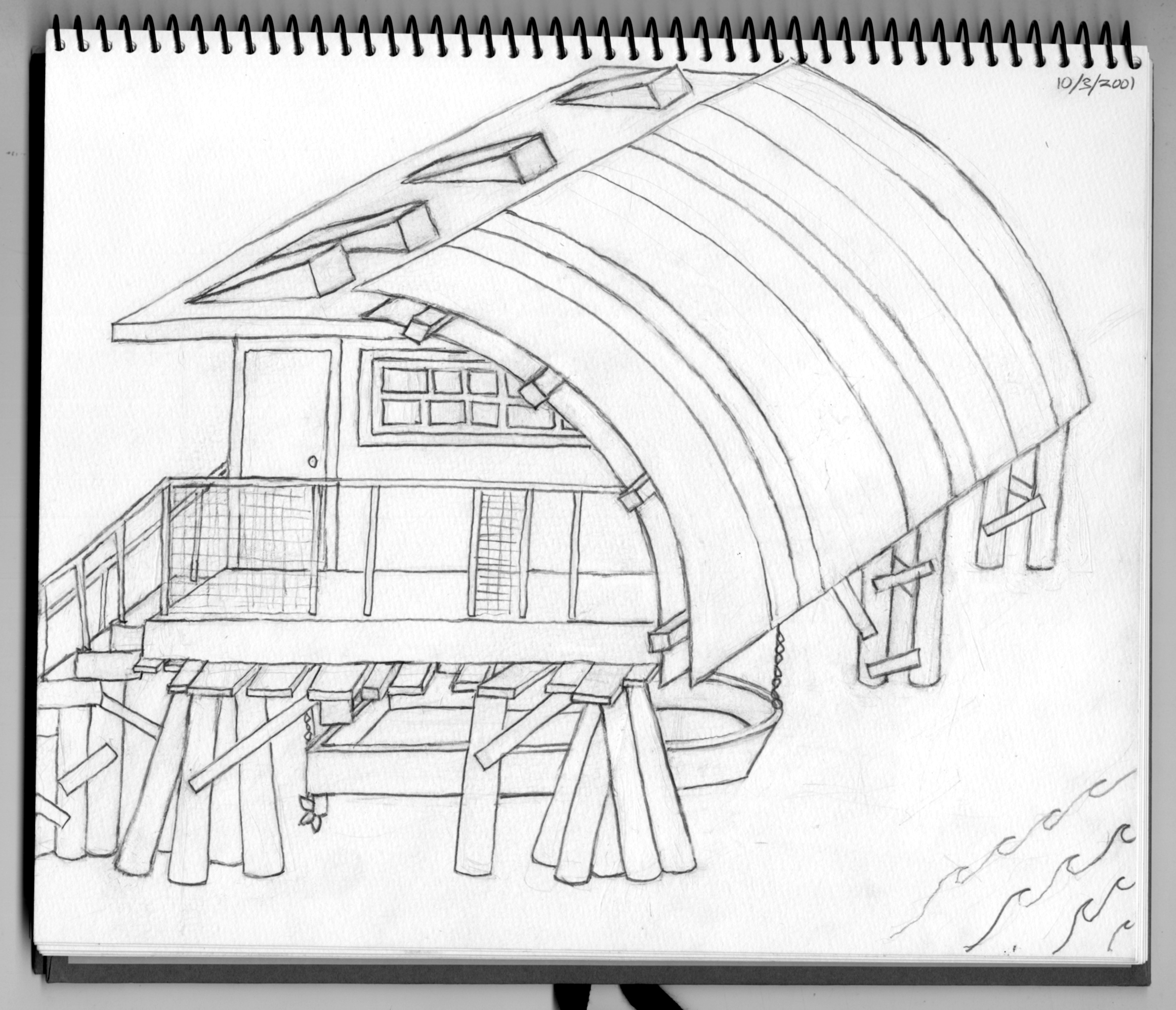 I also hand-drafted more formal drawings, in graphite. Interestingly enough, I was never to draft by hand again in architecture school, or anywhere else for that matter. 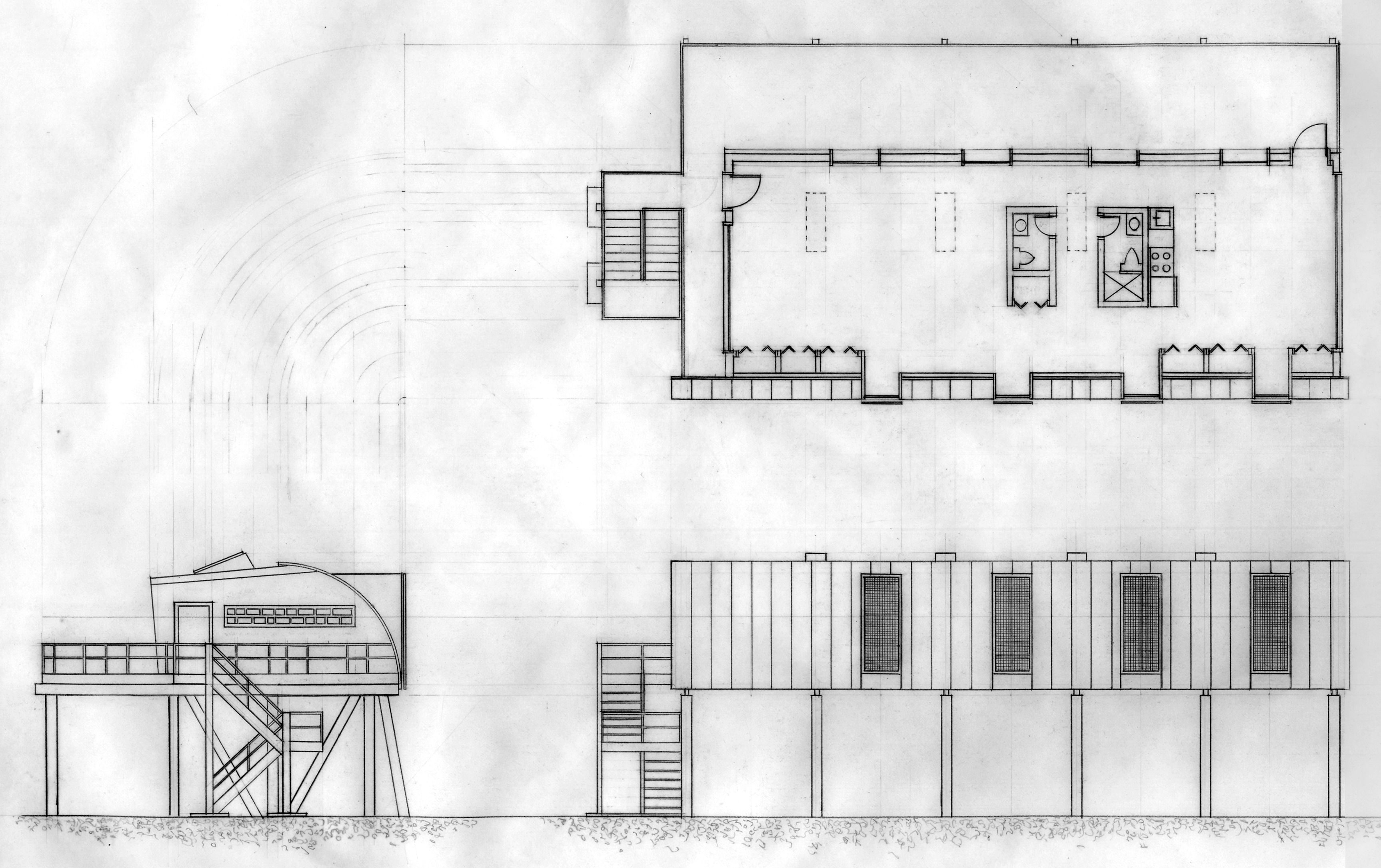 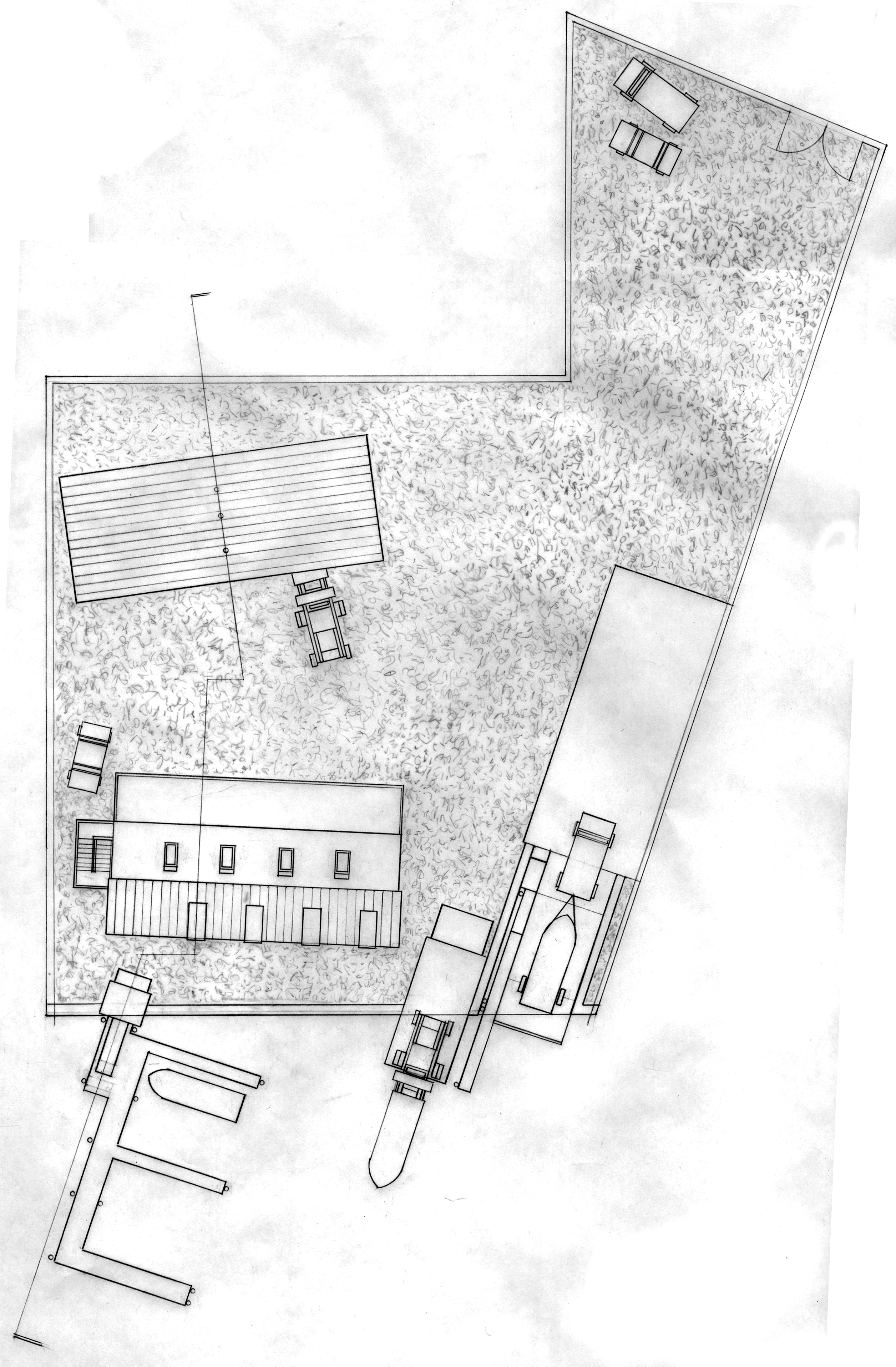 In the summer of 2004, I revisited the project while teaching myself a software title, the open-source 3D modeling application Blender, producing several more renderings for portfolio purposes. 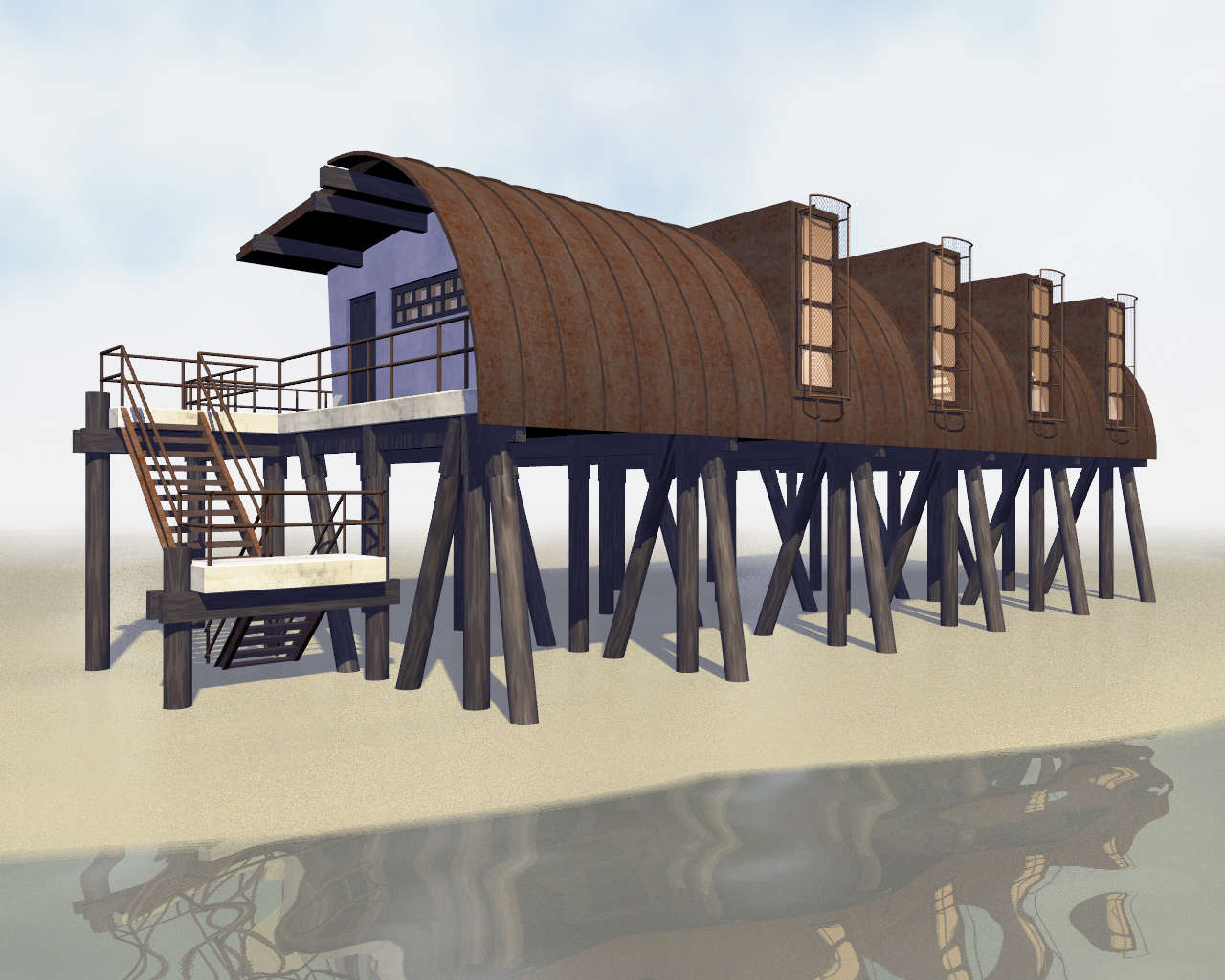 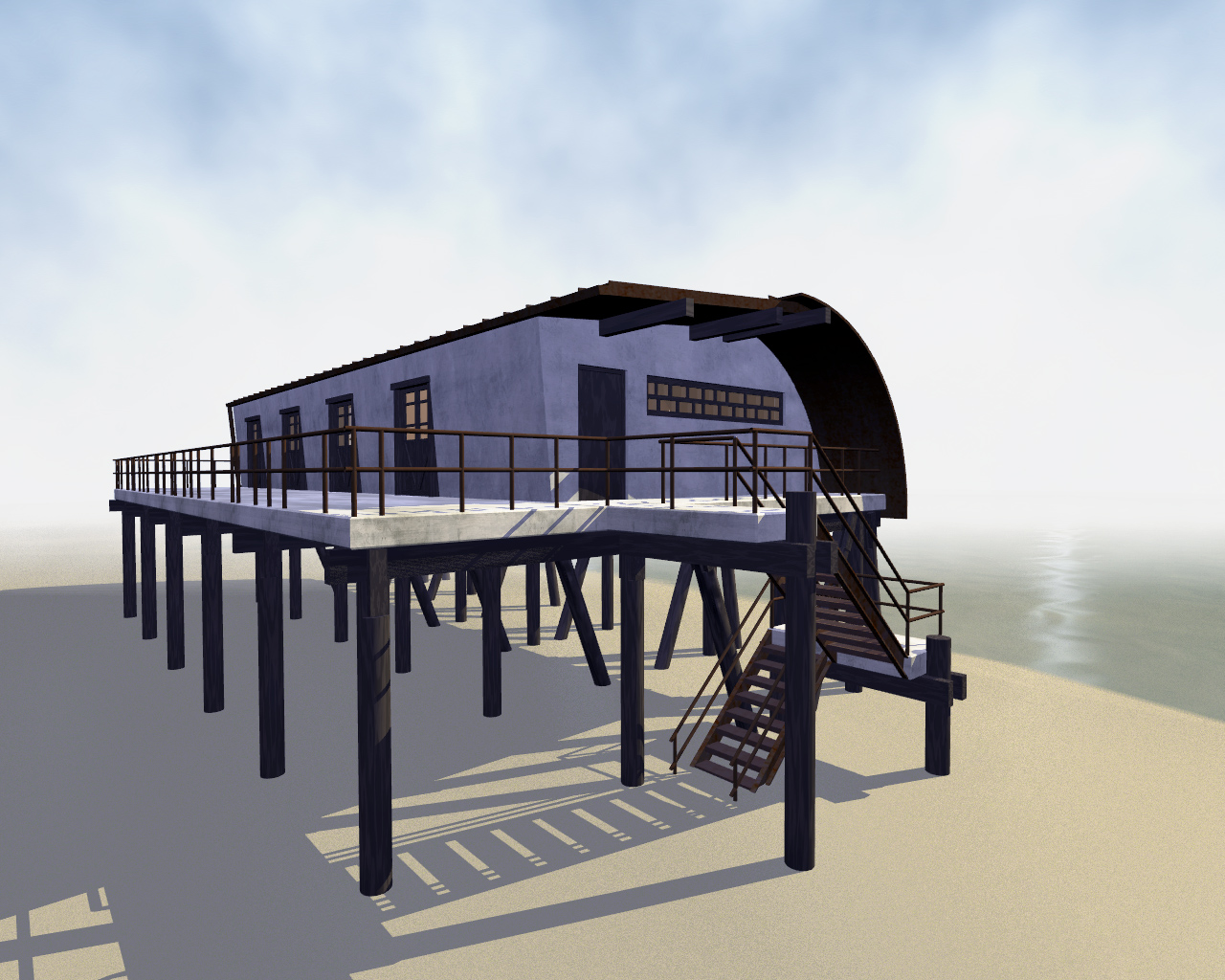 The various versions of this project are obviously near-relatives or ancestors of my 2008-2010 Stormhouse project.