The owners of the website SketchUpArtists (http://www.sketchupartists.org/) asked me to write an illustration tutorial of some kind for them, and since they were nice enough to make me the subject of an “artist spotlight” article in 2010, how could I refuse? In 2011, I finally produced a tutorial for them, resulting in a belated additional rendering for my Pavilion for Oblivion project of 2007.

For some reason I felt like placing a ragged-cloaked figure in front of a more-painterly interpretation of the architectural form…I’m not sure why.

However, I was not particularly happy with this rag-cloaked, despairing person in front of my pseudo-dolmen…something wasn’t quite right, which implied I needed to practice a bit more with the human form, or perhaps human clothing. A  pair of simple “cropping” exercises, reproduced here, suggested that the element that offended my artistic sensibilities was simply the part of the traveler’s cloak that spreads on the boulder behind him. With the left side of the image cropped away to remove that portion of the garment, both cropped versions seemed improvements over the original composition. 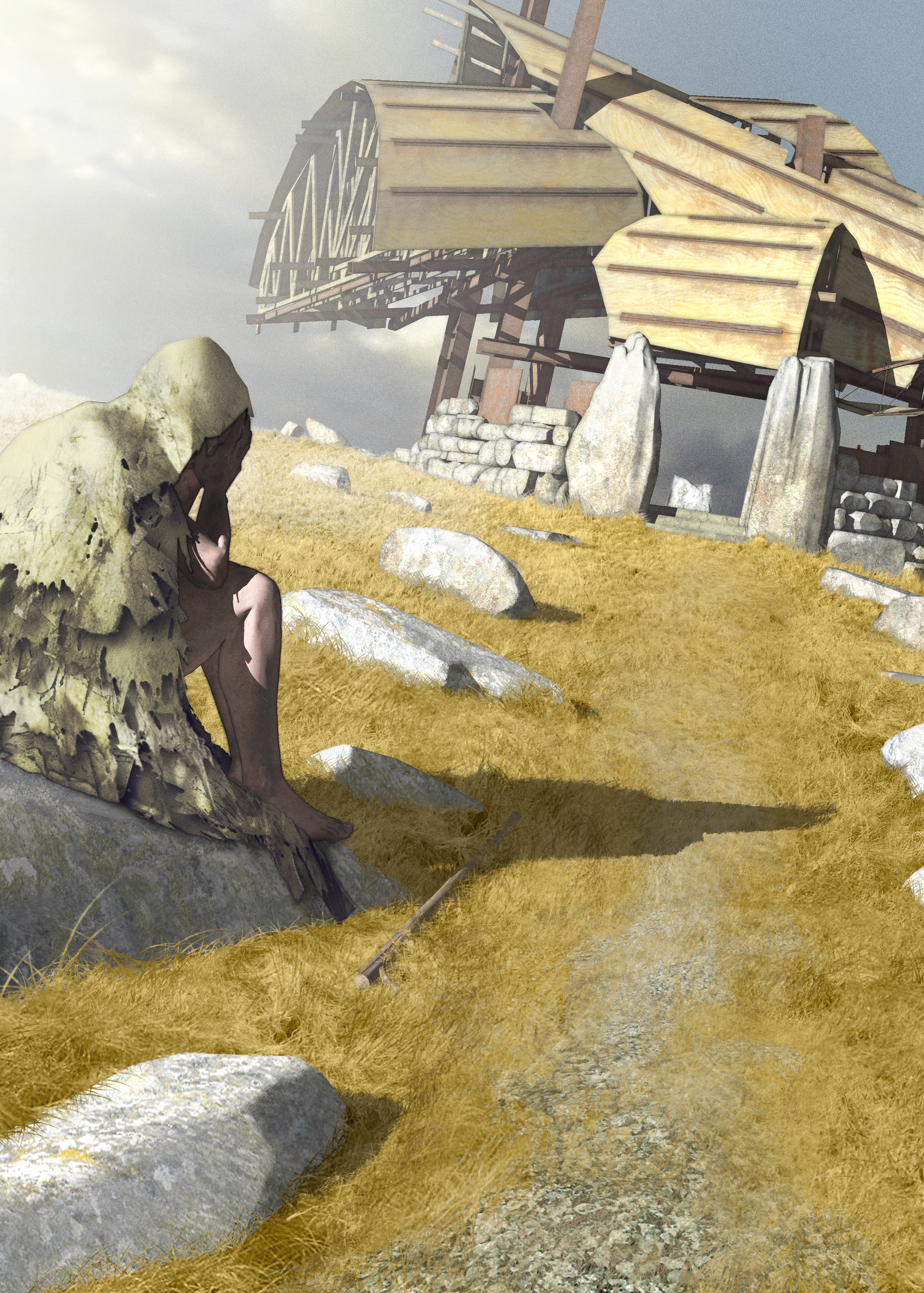 The more drastically cropped version had the additional advantage of bringing the composition somewhat closer to the notion of an architectural illustration, through its apparent magnification of the pavilion and its elimination of superfluous foreground elements.