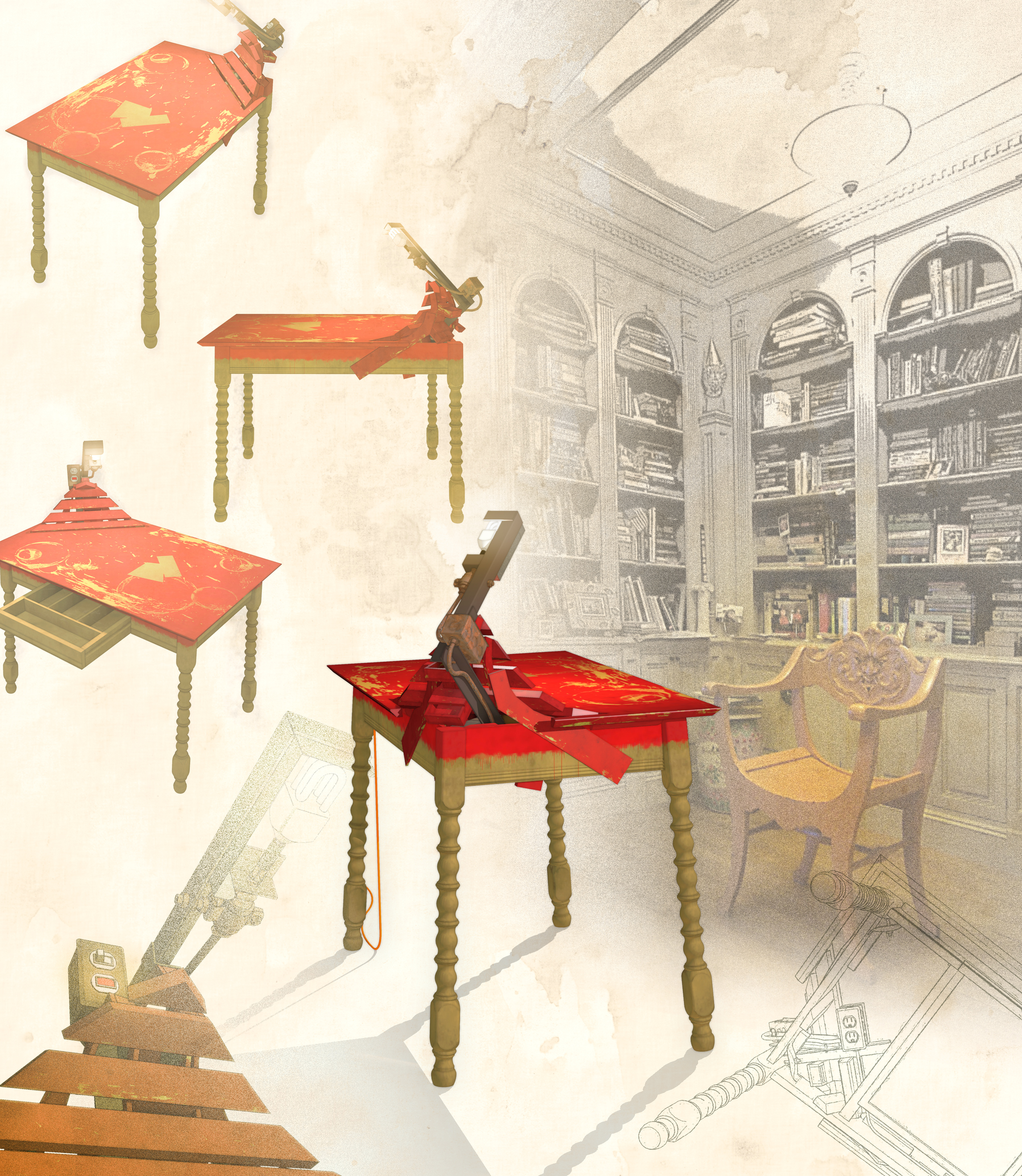 In 2011  I pulled what seemed to be a small wooden writing table out of a snowbank where it had been discarded. I discovered, after I had dragged the filthy wet thing inside, that it was damaged beyond usability. Only the turned legs, the sides, the four-space drawer, and the base of tobacco-colored wood (beach, I think) were actually intact; the writing surface,  as the result of earlier repairs, was a botched mess. Judging by the slotted screws and square nuts that secure these near-worthless scraps together, I would imagine that this piece probably predates the more sophisticated fasteners that appeared shortly before the second World War, but I am no expert on such things. Let us make the assumption that it was ever and only an unexceptional, inexpensive twentieth-century reproduction of some unexceptional, inexpensive nineteenth-century original. 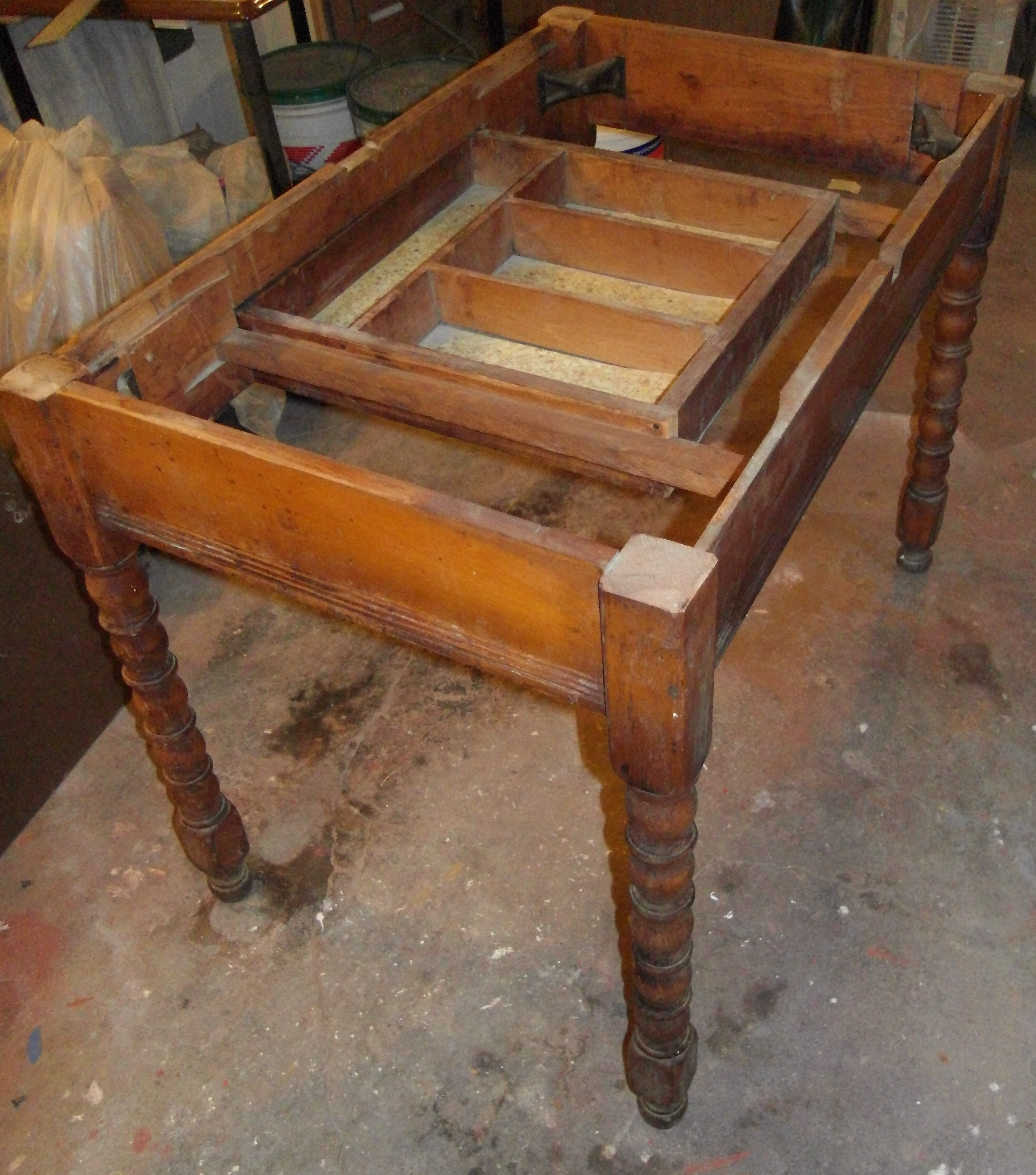 Yet, if it was functional – if the writing surface was replaced – this foundling would fit nicely in the space in front of my library where I had envisioned placing a small desk. 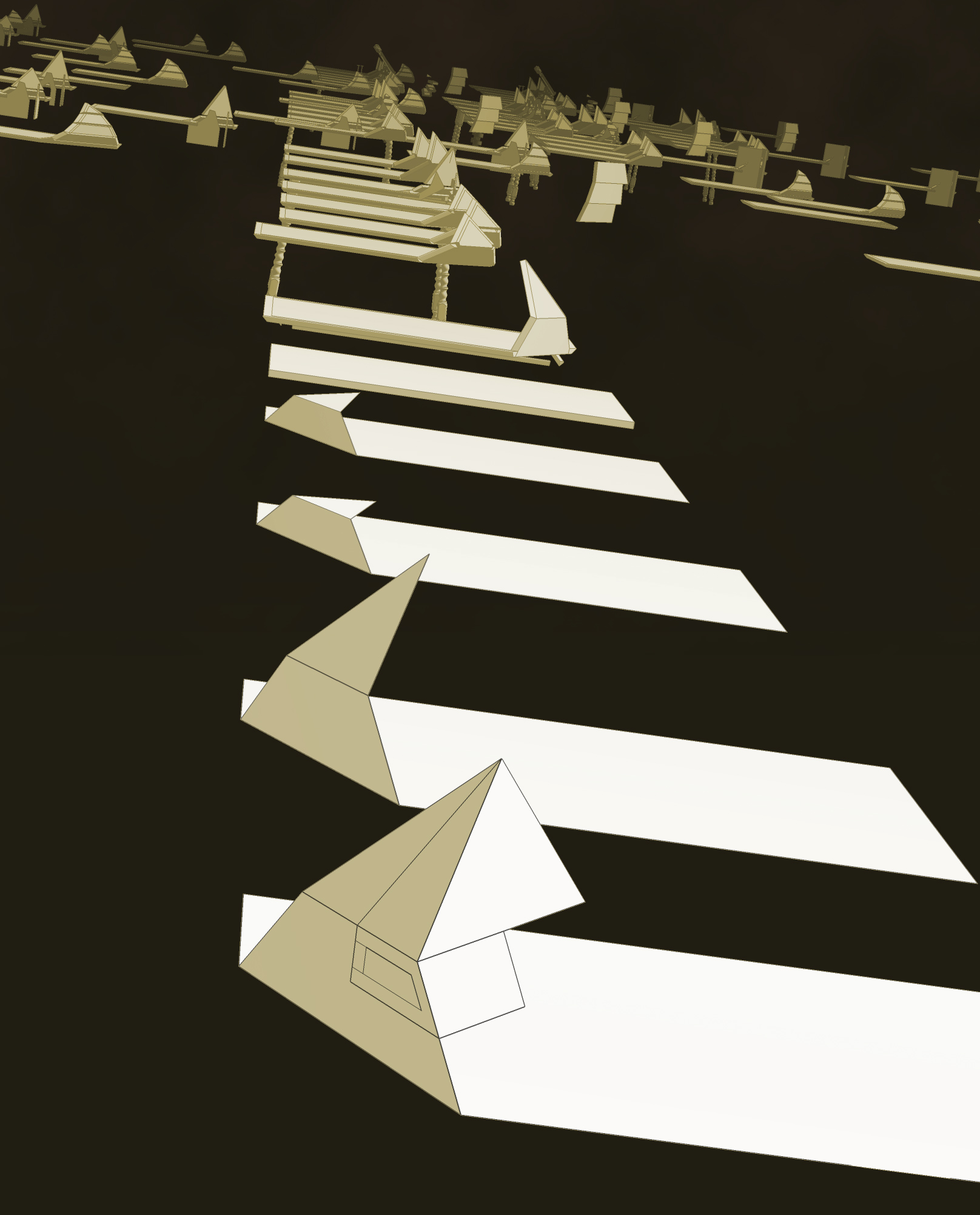 A hundred or so iterations later:  the replaced writing surface will curl up, after a fashion, in slats. It’s to be a complicated assembly of deliberately basic bits of carpentry. There are pencil cups in the crevices between the slats, and an iron arm pokes up behind the curl to hold a single shaded CFL or LED. There’s a switch, in a rusty handibox, equipped with a superfluous-but-working ruby-neon pilot light, attached to the arm.

Or rather, there will be once I build this thing. Once again, I propose to take advantage of salvaged construction material stored in the basement below my office in order to realize this unlikely repair or perhaps rehabilitation. Even the angle-iron is discarded-pulled-from-dumpster. I must have a couple dozen feet of it, in various odd lengths, laying in the coal cellar and gradually rusting away.  (Let’s pretend the red-drippy-patterned finish on the new writing surface is an obscure reference to a disturbing character named “The Bishop” in John Bellair’s unfinished manuscript The Dolphin Cross…which I was reading when I found the damaged writing desk.)

I always consider a full-out rendering a necessity for a project, even where I am my own client, in order to test the design one last time before committing resources and effort. The background for the composite view that heads this article is not  fictional: the library is a stylized photograph of the one in my office, which I designed in 1996.