I prepared a large “composite” image — an amalgam of three distinct views — of the WoL project for yet another competition. The plan and perspective-northeast incorporated into this illustration are somewhat modified versions of earlier images; the smaller distant-perspective-west between them is a new creation, from a slightly different point of view than the first silhouette rendering in 2010. 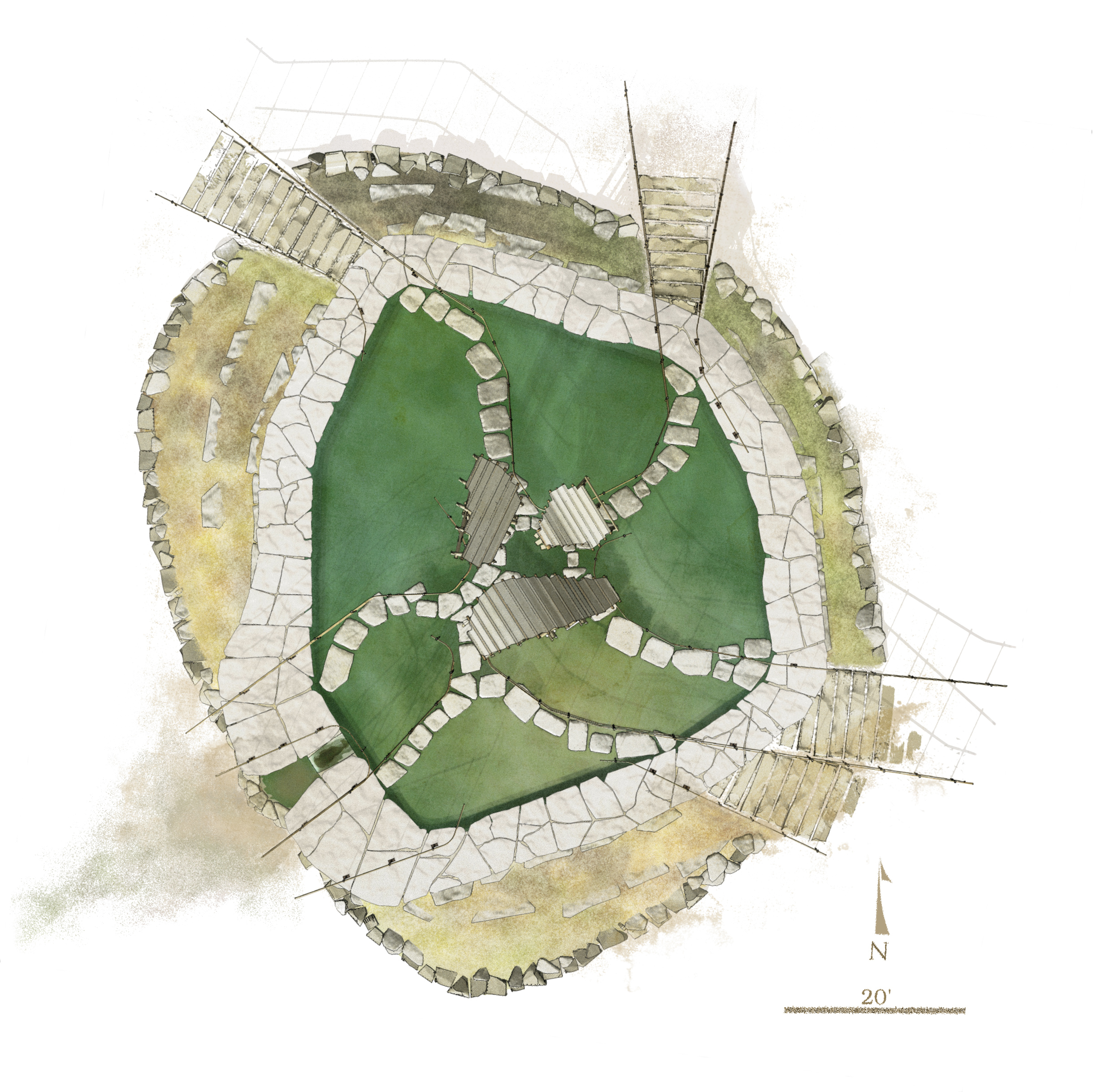 This was strictly an illustration competition that did not require a narrative; nevertheless, I included the original description, hand-written and largely-illegible, as a decorative element in the upper background to either side of the plan. 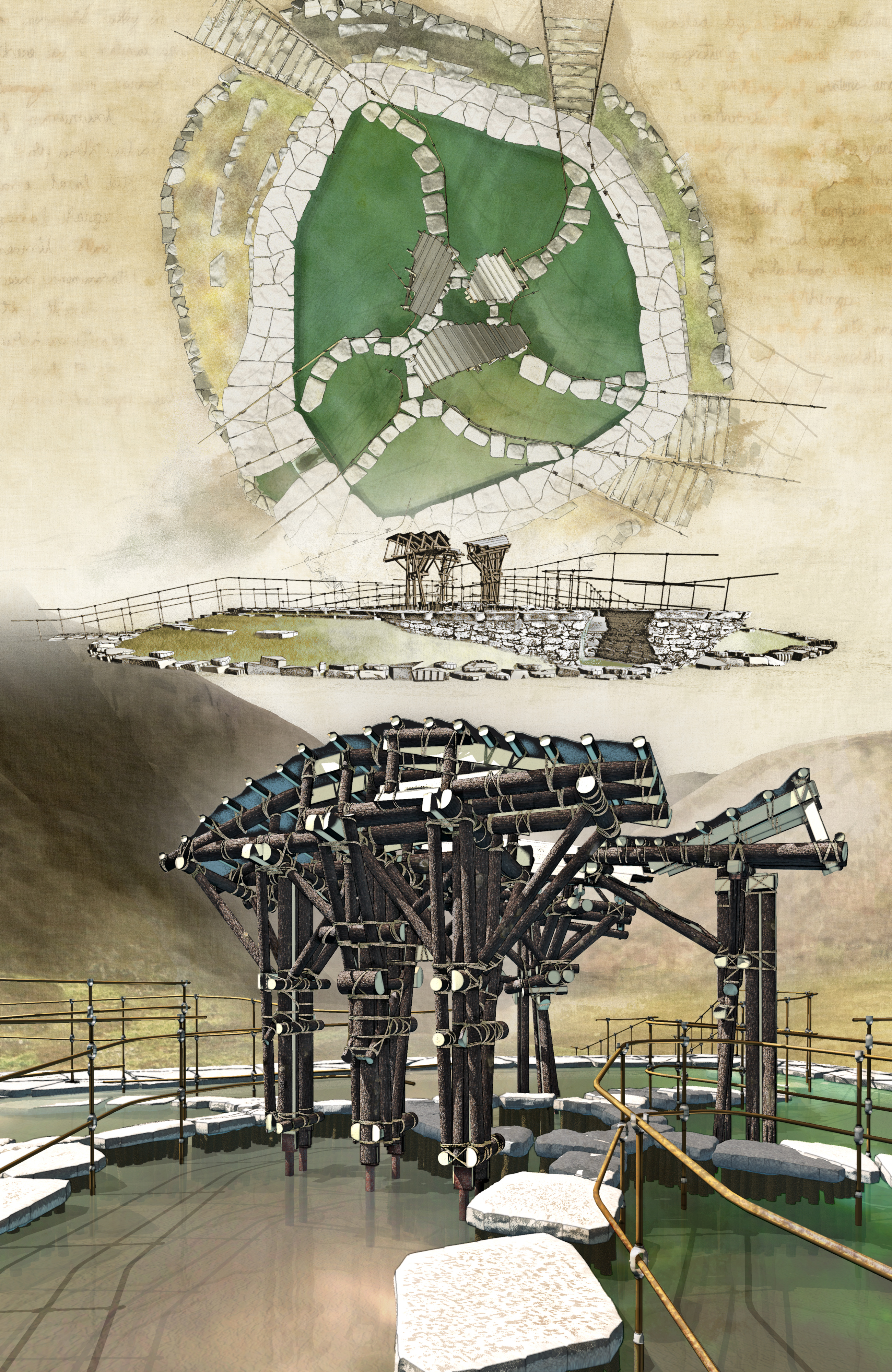