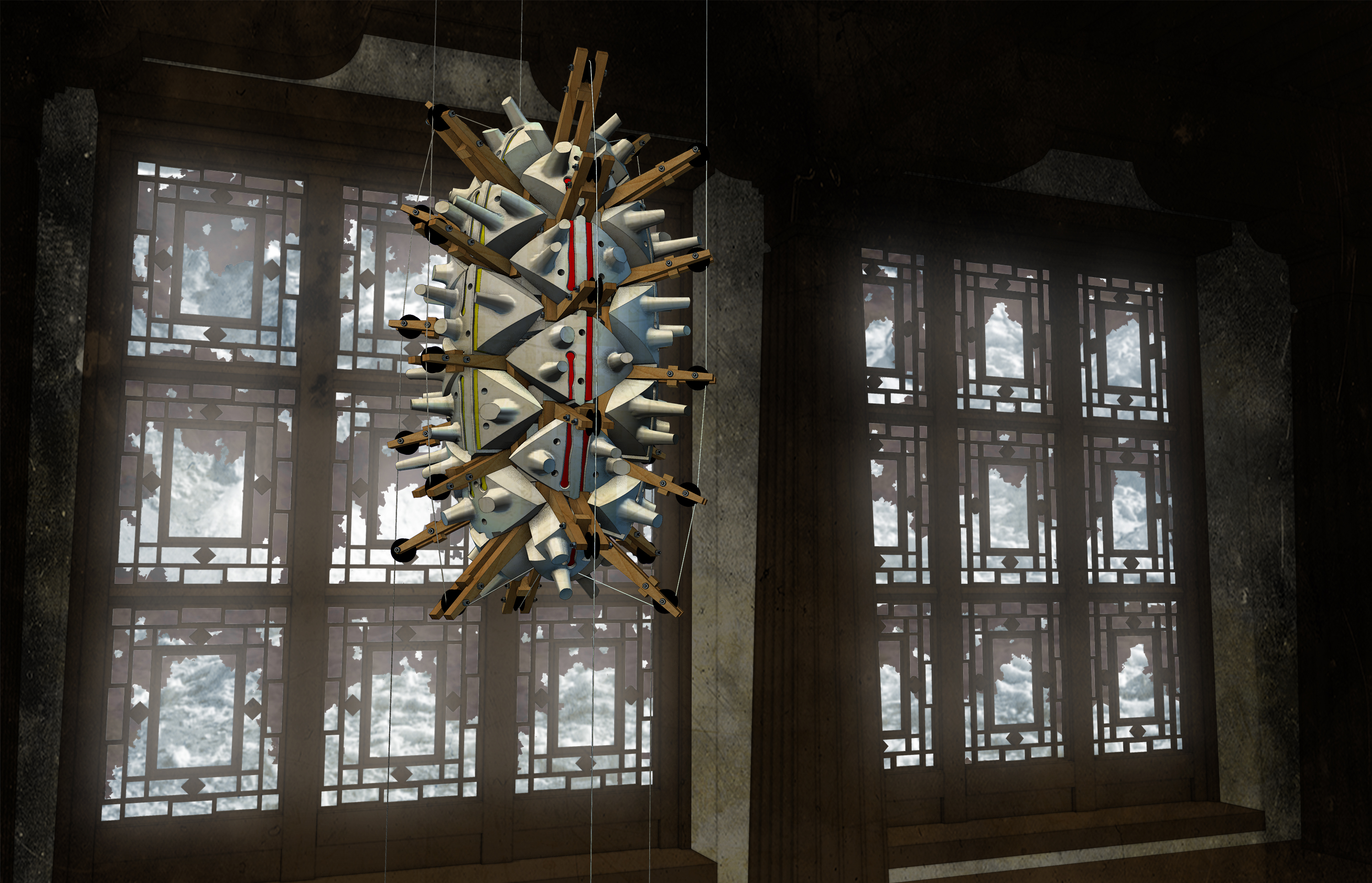 I produced several architectural-grade renderings in order to study this proposed sculpture, a complex assembly of 3D-prints, carpentry, and off-the-shelf hardware that could be easily-adjusted on tensioned steel wires to different heights between a ceiling mount and a concrete-weighted base. 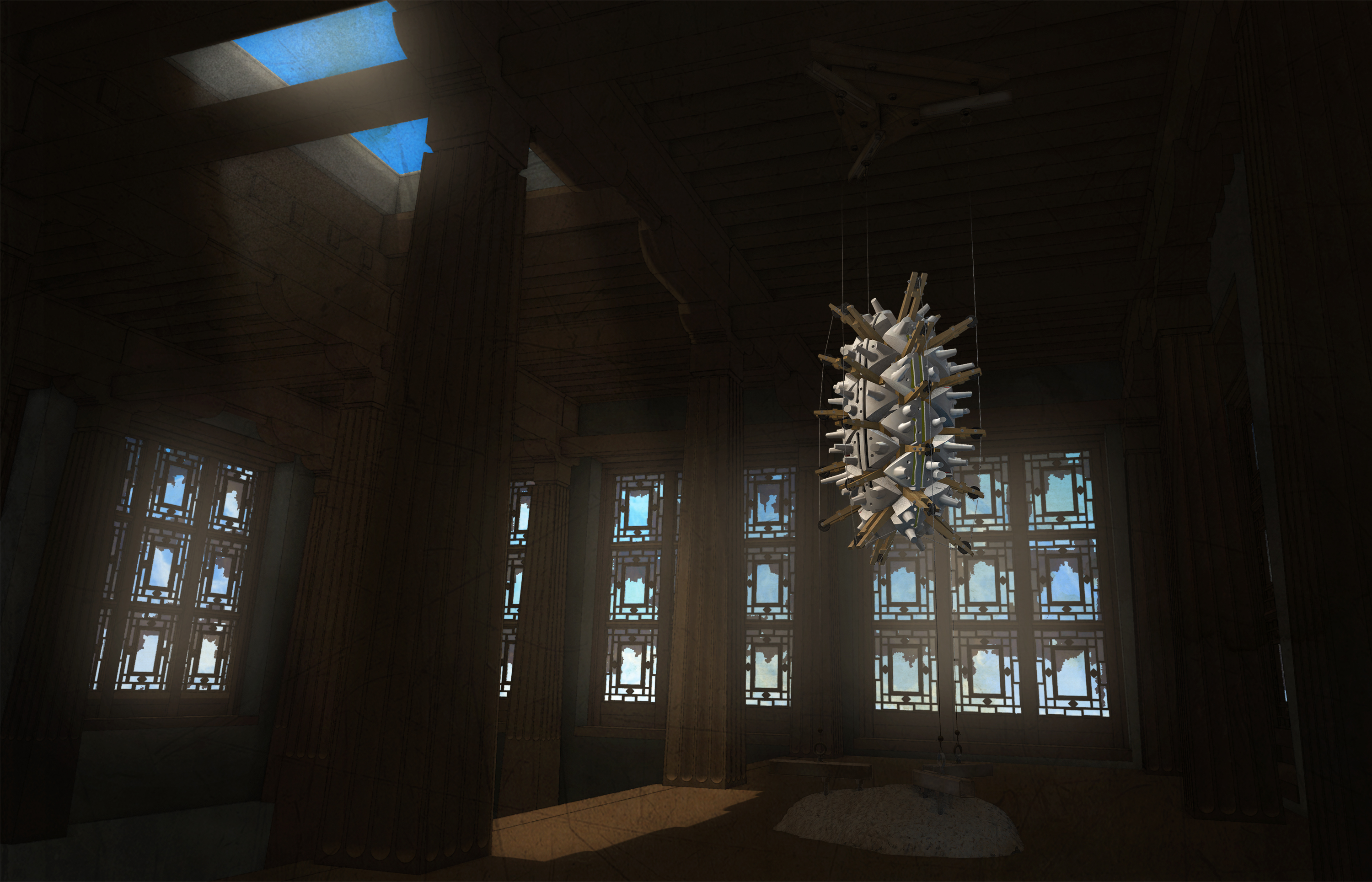 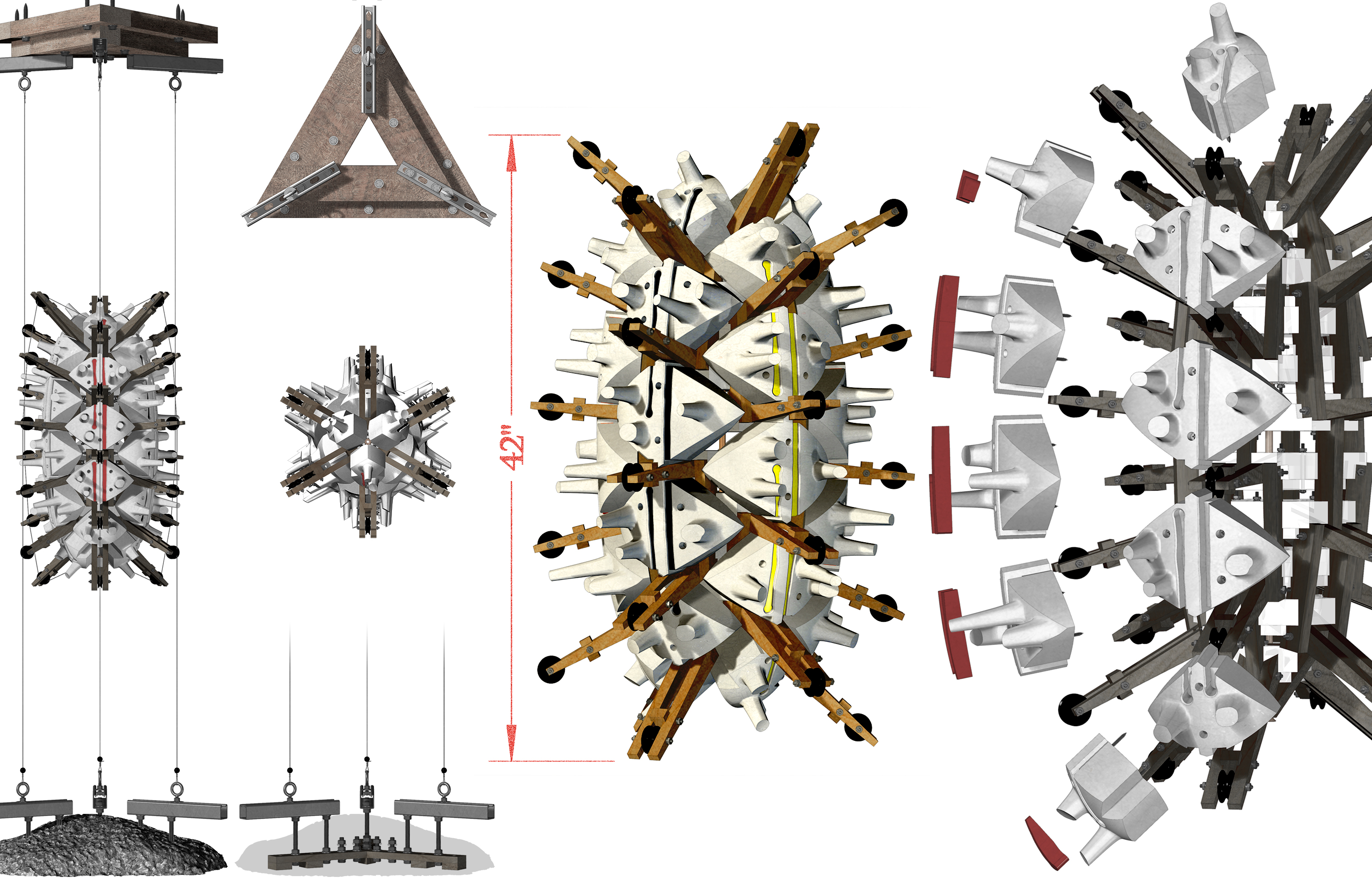 The rigsum gonpo are the three most powerful and popular gods of Mustang, and representations of them come in all sizes, forms, and materials. While they are often seen as a group of three chortens, their popular role as protectors or guardians means that their presence can be invoked as engravings on rock, as paintings on walls, as woodblock prints, or simply as three running splashes of colour.